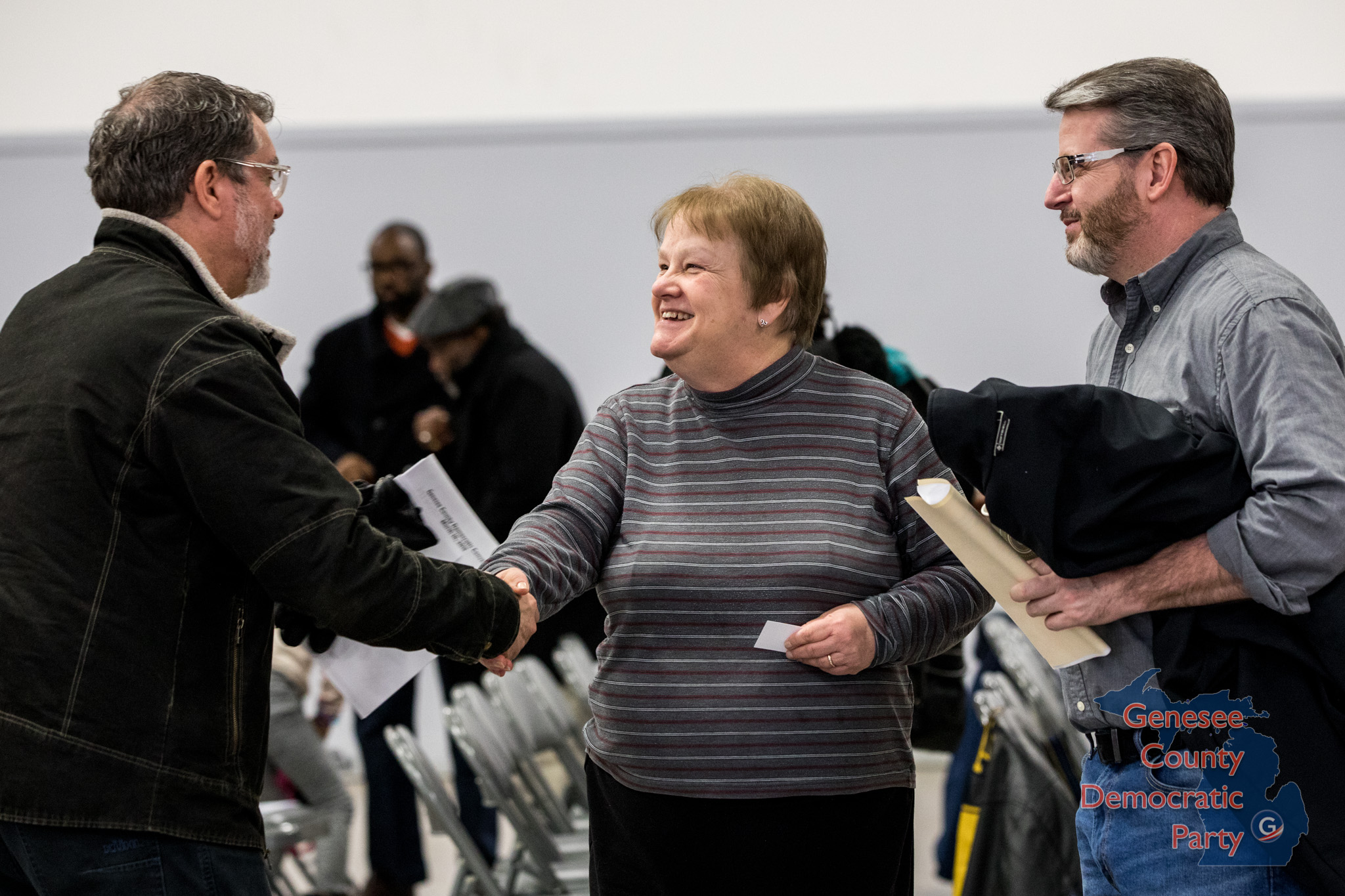 Guest blogger, Pegge Adams, is a former Genesee County Commissioner and a graduate of Central Michigan University (BS, MA) with most of her pre-retirement years spent in various areas of education. She is a lifelong resident of Genesee County as well as a card-carrying Democrat and Precinct Delegate for over a decade.

On Thursday, March 24, I’m going to a local march (Wilson Park, noon) to show support for the students of Parkland and for all students who would like to be able to go to school without fear of getting shot. Earlier this week, a young relative posed the question “why all the focus on guns?”, because he was aware of a school bomb scare that didn’t get covered by the media. I’ve been thinking about that, and my answer is that we need all cautions to prevent any violent actions that put students at risk. If a bomb went off in a school, particularly if it caused injuries, I cannot imagine that would be kept quiet. If it was a bomb threat, presumably the school did their bomb threat protocol, local news covered it, and as soon as the culprit(s) was found, that individual or group of individuals they went to jail, about to learn just how bad the future is about to get for them. But saying “what about that?” is not a response to the gun question.

Today I read an article by someone who is active military. He pointed out that the AR, like its military counterpart, is designed for winning a fire fight. It is good at that; a point and shoot, without even a good aim, will kill dozens in seconds. In contrast, a handgun requires excellent aim and might shoot one or two in seconds, if that person is an excellent shot. And that’s not at a firing range, but under extreme duress. So he said arming teachers is a terrible idea. He’s not the only one. Most teachers and most law enforcement officers also seem to think it’s a bad idea. The ways it could go wrong and make the situation worse boggle the mind. But the NRA’s solution to gun violence always seems to be more guns. And people have bought them in increasing numbers. How’s that working out?

It isn’t just schools. Places of worship, malls, grocery stores, senior centers–actually anywhere could be vulnerable. Nothing most people could train for and carry would counter an AR. If someone bent on murder has only a less lethal option, the odds of survival are much better for those targeted.

I am sick of the tired and stupid arguments that prohibiting sales of these military style weapons is an assault on the second amendment. These weapons are, in fact, an assault on our most basic rights of citizenship: life, liberty, and the pursuit of happiness.

Let’s look at the actual second amendment, shall we? What it actually says is: “A well regulated militia, being necessary to the security of a free State, the right of the people to keep and bear Arms, shall not be infringed.” I have several copies of the Constitution, and I keep them safe as my Bible (although certainly not in the same place), and I crosschecked to make sure that’s the exact wording (even though I was pretty sure–not the first time I’ve read it). Now this was in the age of muskets, so I could make that argument, but the more compelling one is this: “well regulated militia”.

The issue was defense, not the right to own an instrument of mass murder. It is common sense to recognize that “well regulated” is important to protect the health and welfare of our citizens. And that means banning assault weapons from private ownership.