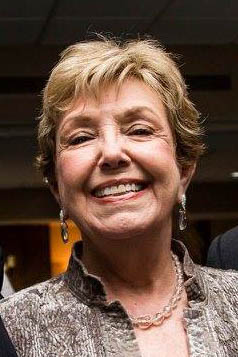 I recently viewed a lecture by a professor on the faculty at the University of Houston.  Brené Brown, feminist and author, caught my attention and held it.  She was talking about women being brave and striding forward to meet challenge.  In presenting her argument she said something I kept in my “saved” file of important ideas.  She was talking about power.  She told us there are two kinds of power: (1) the power to change things, to make things better; and (2) the power of control over other people and events.  I have thought since that day, “How much of what I am doing in the political arena is about power?  What does this power mean to me?”

One of the most challenging things for a woman working in politics is knowing how to handle your own ambition, and your own quest for power.  I remember years ago, when I was asked to take a responsible administrative job with a newly elected young legislator and a friend asked me, “Why do you want this job? Why will you give up your free time to take this on? Is it the power?”  Yes, it was the power!  In this new position, I would answer to only one person, and I would be able to help shift the levers of power.  I would be able to move the issues I valued into policy and help guide the funding and the implementation of that policy.  It was the power to make meaningful change that was so attractive.  I was going to have the power to influence change.   It was a heady prospect.

During the years I held the job I felt powerful and used that power.  Many laws we were able to pass made the lives of people in our county better.  Victims of domestic violence had better resources, workers under county contracts were guaranteed a living wage, employers were not allowed to use DNA results in evaluating or hiring/firing employees, workers and patrons of restaurants and bars were protected from second-hand smoke, people with disabilities and children were protected from snow-covered sidewalks, communities were brought into close association with government when group homes or homeless shelters were located in their communities, and the same-sex partners of government employees received benefits.  These, as well as other efforts, were the result of the power I had in my job and my boss had in his position as an elected official.

The work I did to exercise my power was hard work.  Nothing worth doing in public work is easy.  The results, however, are the rewards experienced when exercising the power to make change.  Women in elective office experience the same hard work, the same rewards and the same opportunity to make a difference using the power to make change. The question is, how much of our ambition for power is to make positive change?

My message to women reading this? Decide to run for office. Exercise power and make positive change.