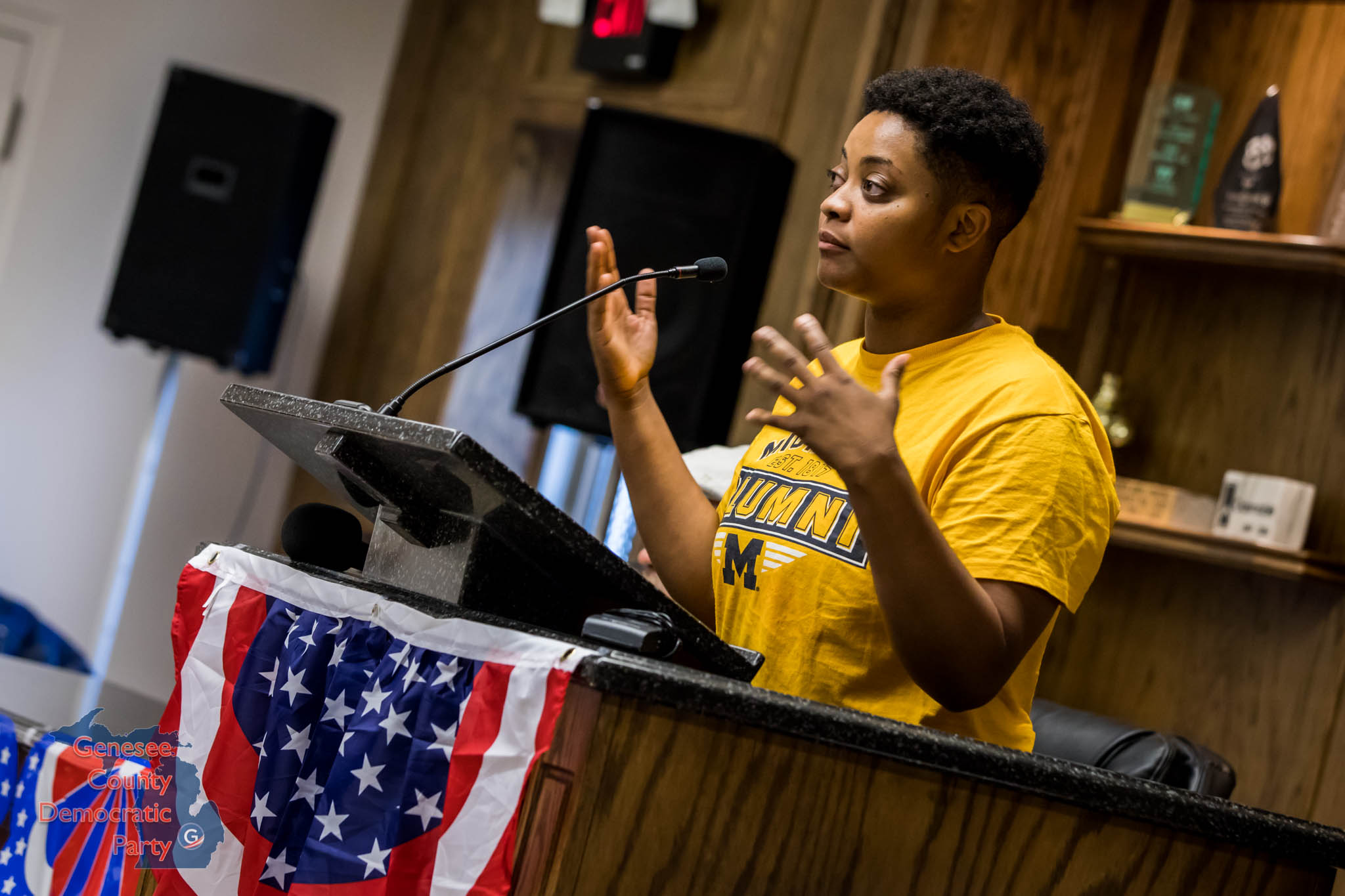 Guest Blogger, Jia Ireland, is a two time graduate from the University of Michigan-Flint and lifelong Flint resident. She is involved in the Flint community regarding water rights, civic engagement, and politics. Jia is a Millennial who votes and is a proud card carrying Progressive Liberal Democrat.

Social media is a part of many people’s everyday lives. For some, there is no escape from it. As people hear their ringtone alerts informing them that somebody has tagged them in a post on Facebook or has retweeted a tweet of theirs on Twitter. People share their opinions, pictures, and emotions on various social media platforms. In some ways one can say social media sites have become the new tech savvy diary.

Now, people can also get into heated comment box arguments over a slew of topics. From fans arguing about sport teams, to people becoming unpaid spokespersons for celebrities, or their political representative. Social media can be used as a platform to share opinions and ridicule others who do not agree with your side of the tracks. It can also be used for social justice and activism. That is right, you can do more than share pictures of cute animals and repost articles you have not read.

People have strong convictions, beliefs, and opinions. That’s okay. In fact it can be used to convey a message or to share information with millions of people, thanks to social media sites. Say you have a person that is passionate about poverty, wants to decrease poverty, and help those who may be in need. That individual can share articles to replicable sites to share facts about poverty, and how people can help those in need in their own communities.

The #HashTagLunchBag initiative started in California by a group of people meeting up to make lunches and distribute the lunches in their communities to those who may be in need. They combat poverty by encouraging people to become involved in their communities, create lunches, and distribute them in their communities. They also unitilized social media to promote their good deeds and civic engagement. By using the hashtag #HashTagLunchBag, posting pictures and videos of people coming together to create lunches, and help those in their own community it has caught the attention of millions of people on social media sites.

Currently, the Michigan House Democrats have a social media campaign against the Obamacare replacement, often called, Trumpcare. The campaign features people from around the state of Michigan voicing their concerns about healthcare coverage, and some are also speaking about their experiences with Obamacare (Affordable Care Act). The social media campaigns will highlight a person, by using a picture of the person and a quote about their views on healthcare or Obamacare. It is then posted on social media, for example it these pictures have been posted on Twitter with the hashtag #ProtectMIHealthcare. This campaign is reaching millions of people thanks to social media, and displays how some Michiganders have benefitted from the Medicaid expansion afforded to the State of Michigan by the Affordable Care Act.

Maybe the next time you login to your social media page, you might share a post to promote activism and civic engagement in your own community. Something as simple as notifying your friends and followers about the Genesee County Democratic Party meeting can go a long way. Who knows…your post alone may pack the next meeting.