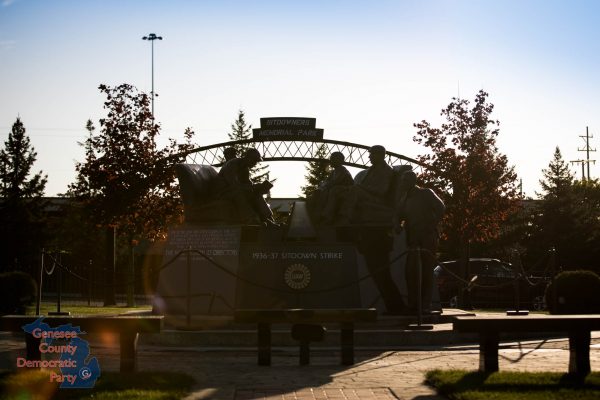 Happy Labor Day!  One of the defining themes of our history as a people is the struggle to broaden economic justice for all.  At the core of that struggle has been the American Labor Movement.  As Dr. Martin Luther King, Jr. once said, “The labor movement was the principal force that transformed misery and despair into hope and progress.”

The American Labor Movement continues to fight for better wages and hours in the workplace.  The Labor Movement expanded access to healthcare throughout the country and promoted the right to retire with dignity. Thanks to hundreds of years of struggle against economic elitism, racial bigotry, and violence perpetrated against working people, Americans have the right to work together and bargain for their rightful share of profits.

It is due to the efforts of working people standing up together that children are no longer exploited by industry and Americans have weekends, a minimum wage and overtime, leave for when we or one of our loved ones becomes seriously ill, laws protecting our civil rights, workers’ compensation for when accidents occur in the workplace, and safety regulations so that we are not treated like mere disposable cogs.

As monumental as those accomplishments are, workers in this country are still regularly exploited by their employers who look to skirt the progress that has been made over the course of hundreds of years.  For decades, there has been an effort by some in this country to roll back the steady clock of progress and whittle away the rights that working Americans have fought and suffered to achieve.  These fakes act like they are trying to help workers, while seated on their golden toilets.  They seek to prevent workers from unionizing, shift our national treasure to benefit the incredibly wealthy, and vote to take away healthcare for millions of Americans.  They believe that might makes right, wealth equates to moral superiority, and that all others exist to support them and their wealth.   This shameful celebration of greed at the expense of fellow human beings is a cancer on our democratic institutions.

Due to their efforts, American wages have stagnated in relation to their purchasing power for four decades. Income inequality has markedly risen so that those who receive the top tenth of income in this country now earn 8.7 times as much as Americans in the bottom tenth.  Even though the majority of Americans are not receiving their share of the profits, they are working longer and longer hours.  At the same time, Michigan employers steal over $429 million in wages a year.

On this Labor Day, let us recommit ourselves to fighting against going backwards and let’s work to support the achievements of the past.  Let us agree to fight to expand the rights of all Americans to a freer and fairer economy.