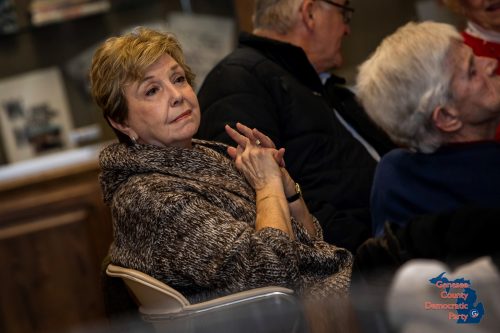 Here is what I understand after reading this book: Racism is in our midst and needs to be recognized so we can heal. As
the blurb in the book states: “…the right-wing policies that resulted from (this) white backlash put these voters’ very
health at risk – and in the end threatened everyone’s well-being.”

Here are the areas of public policy and regulation studied by Metzl in this book: Guns, Healthcare, and Education. He
travelled across the states of Tennessee, Missouri and Kansas, interviewing people in grief support groups, focus groups
and individually. He compares and contrasts policy within these states, and states where policy change has been made
to support the health and well-being of residents. Data is available for those comparisons and will provide the analytical
reader with evidence of improved health with informed policy and regulation on guns, expanded Medicaid and well-
funded education and social services.

I. Guns and suicide by guns in the state of Missouri: The incidence is significantly higher in Missouri – a state
with very lax laws regarding individual responsibility and guns – than Connecticut. Connecticut has enacted
much more stringent laws about gun ownership than has Missouri and the statistics on gun-related suicides
reflect the health-related impact of this public policy. Metzl notes that the issue of gun-related deaths as a
public health concern has been taken from the table in our government funded research by federal policy
and directive. But, as interviews and grief support groups confirm, people harmed by lax gun laws in
Missouri are not quick to say guns are the problem. In fact, they resist this conclusion. Metzl notes the
underlying racist reactions that drive public policy in Missouri.

III. Education, Massive Cuts to Schools and Social Services in Kansas: As school dropouts rise in Kansas, and
tensions rise, austerity politics has taken center stage. Massive tax cuts for the wealthy have caused loss in
tax revenue, vastly reduced budgets for public schools, and increased costs to middle class and working
poor. Metzl, through statistical and historical analysis, attempts to correlate the decline in achievement,
increase in public school dropouts across all racial groups, and the hidden costs to economic growth in the
state with reduced life expectancy of poorer educated people. And, as Metzl notes, while the white
population supports the GOP tax cuts and reduced services to minorities, they are also experiencing the
results. We are seeing in Kansas what is in the future of the U.S. following the GOP tax cuts of 2017. Metzl
notes, “..tax cuts disproportionally benefit rich white males at the expense of other groups of people in
society.” And, “…many poor white populations continue to support GOP tax cuts.”

I recommend this book as a beginning for Democrats to understand the emotion which drives voting decisions when
they don’t make rational sense to us.