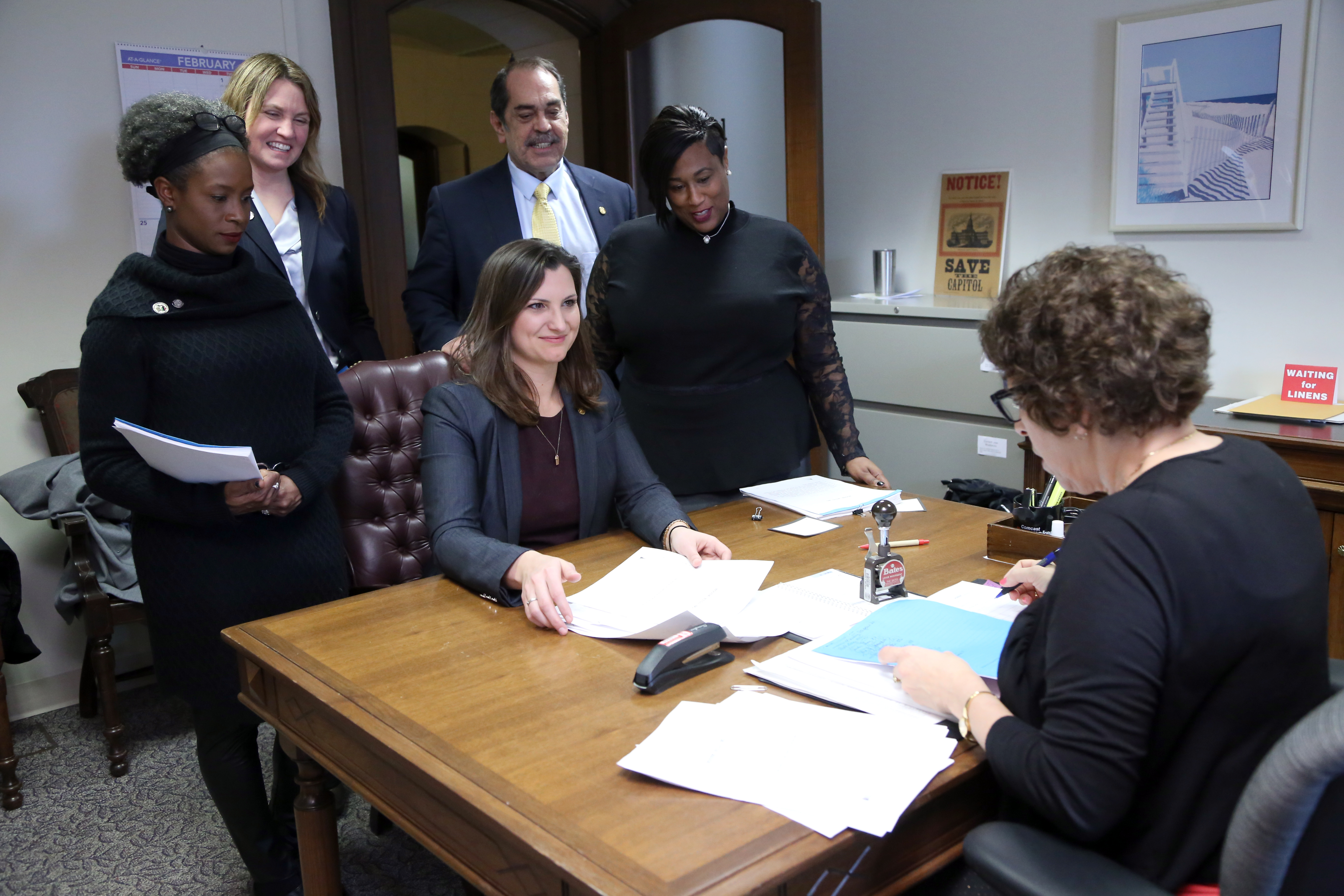 LANSING — Members of the Progressive Women’s Caucus’ Women’s Health Task Force introduced legislation today to protect access to contraceptive methods, free of interference from elected officials or employers. Allowing a woman the freedom to choose if, when and how to have a family is not only in the best interest of the woman herself, but also reaps widespread economic benefits as well. In 2010, it was found that providing publicly funded family planning services allowed Michigan to save $212.4 million in public funds by helping women prevent unintended pregnancies, sexually transmitted infections and reproductive cancers.[1]

“Government has no place in a woman’s ability to access contraception, nor is it appropriate for an employer to regulate whether their employee can or cannot use birth control,” said state Rep. Pam Faris (D-Clio), co-chair of the Women’s Health Task Force. “Women make up more than half of the entire country’s population. Over the years, we have risen in the ranks to become business leaders, doctors, university professors, lawyers and elected officials. It is time that our voices are heard and our choices are respected. If we decide it is best for us — and for our families — to use contraception, neither the government nor our employer should be able to tell us otherwise.”

“It is clear that the future of women’s health care is increasingly in jeopardy as we continue to see legislation introduced at the state and federal level restricting access to safe, legal, high-quality care,” said state Sen. Rebekah Warren (D-Ann Arbor). “Ensuring access to birth control and family planning services are critical steps we can take toward erasing the health care inequities that threaten the well-being of women in the state of Michigan.”

The Contraceptive Access bill package would make contraception methods more accessible for women throughout the state, both by monitoring governmental interference in these private matters, as well as by preventing employers from discriminating based on their employees’ contraceptive use. The bills in the package, some of which were introduced in 2017, include the following:

The need to protect a woman’s access to birth control has become especially critical as last October the president moved to roll back the Affordable Care Act’s mandate for employers to offer coverage for birth control. Yet, according to a survey published in 2013, a majority of respondents felt that the use of birth control gave them the freedom to decide how to shape their lives, allowing them to complete their education, focus on their careers, provide for themselves financially and to support and care for themselves or their families.[2]

“We applaud the Progressive Women’s Caucus for working to protect women’s access to birth control,” said Lori Carpenter, president and CEO of Planned Parenthood Advocates of Michigan. “Ninety percent of women use contraceptives at some point in their lives, making it a crucial part of basic health care. These legislative champions recognize the important role birth control plays in allowing women (and men) the ability to plan their families, their futures, and their lives.”

“The decision of if and when to start a family is a deeply personal one, and it is one that a woman should have the freedom to think through without outside influence from politicians or her employer,” said state Rep. Kristy Pagan (D-Canton), co-chair of the Women’s Health Task Force. “When a woman has access to comprehensive reproductive health care options, she has the freedom to make her own decisions. We must remove any barriers women face so we can lead happy, healthy lives.”