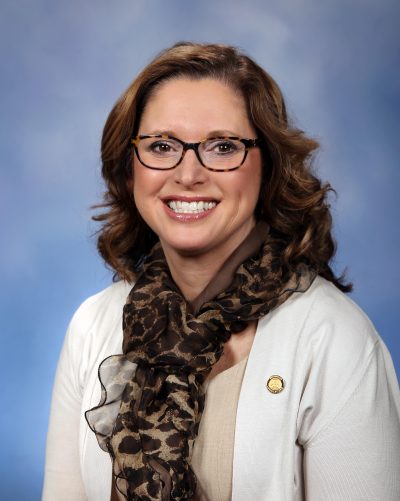 State Representative Dr. Sheryl Y. Kennedy is the newly elected State Representative from Genesee County’s 48th District.  Sheryl grew up and raised her family in the Davison/Richfield area of Genesee County. Previously, Rep. Kennedy was a public school teacher and administrator, and was actively involved as a volunteer for many elections on behalf of the Democratic Party going back to the mid-1990s.

The following is an editorial by state Rep. Sheryl Kennedy (D-Davison). If you have any questions about this article, please contact Rep. Kennedy at (517) 373-7557 or by email at SherylKennedy@house.mi.gov.

One life lesson that has always stuck with me is that if you want to know what a person or organization values, don’t look at their mission statement — look at where they direct their resources. How much time, human and political capital are they willing to spend to put their ideas into action.

For example, we regularly hear from legislative Republicans that they are committed to improving education in our state; but as a recent study from Michigan State University made clear, Michigan ranks last in the nation in revenue growth for both general education and special services. This consistent decline over the past several years has correlated almost exactly to a decline in positive outcomes for students in the areas of reading and math. As the MSU study shows us, this connection is no coincidence.

So where is the money going? Although the 100th Legislature is still getting started, my time serving on the House Appropriations Committee has been particularly illuminating in finding an answer to that question and discovering our state’s true values over the last several years.

In fact, as I look closer at last year’s budget, I become increasingly frustrated. While it is true there was an increase in the per-pupil allowance, what isn’t obvious to many people is that a portion of that allowance is actually a retirement “pass-through.” The implication of this is that whenever the state sends funding to a school district, the schools must return a portion of the funding back to the state for every teacher who is part of Michigan’s retirement system. Of course, only public school employees are included in that system. Charter and virtual schools, who largely contract-out their teaching needs to for-profit corporate entities, who receive the same level of per-pupil funding are not required to return any of it back to the state.

Not only is the money distributed unfairly irrespective of individual school needs, but significant one-time appropriations were also made in the final hours of lame duck to testing companies, private reading and math “support” companies, and even individual schools in members’ districts. These short term grants do not allow for growth or sustainable improvement over time. Instead, the legislative majority in Lansing has historically sought stop-gap solutions to education by throwing ideas at a wall to see what would stick. The money spent on these types of appropriations could have provided two additional teachers or school counselors for nearly every district in Michigan.

To be clear, when it comes to education, there is no silver bullet. There is no single pilot program, test, or private support company that will unilaterally improve education for the children of our state.

But studies have shown us what does work: clearly articulated learning goals or targets; immediate, good quality feedback; targeted interventions like smaller groupings and specialized instruction; opportunities for student self-reflection; strong relationships between students and adults within the school; and a sense of belonging both in and out of the classroom.

Implementing these steps allows for a system that adheres to best practices, but also provides flexibility for schools to adjust to the needs of their own students. We know this because this is what Massachusetts, which consistently ranks first in education quality and performance, does.

Massachusetts provides teachers with an online learning system to allow educators to see best practices and continued professional development. It allows teachers to collaborate, learn from experts and practice with each other. Massachusetts also supports school infrastructure so that the students can focus on learning free from worry about leaking roofs or asbestos tiles.

And to accomplish this, Massachusetts provides public schools with about $6,000 more per pupil than Michigan does.

That’s how you know what their values are; and with Gov. Whitmer’s proposed budget representing the largest increase in school funding in nearly two decades, the people of Michigan will know that our state finally values our students too.