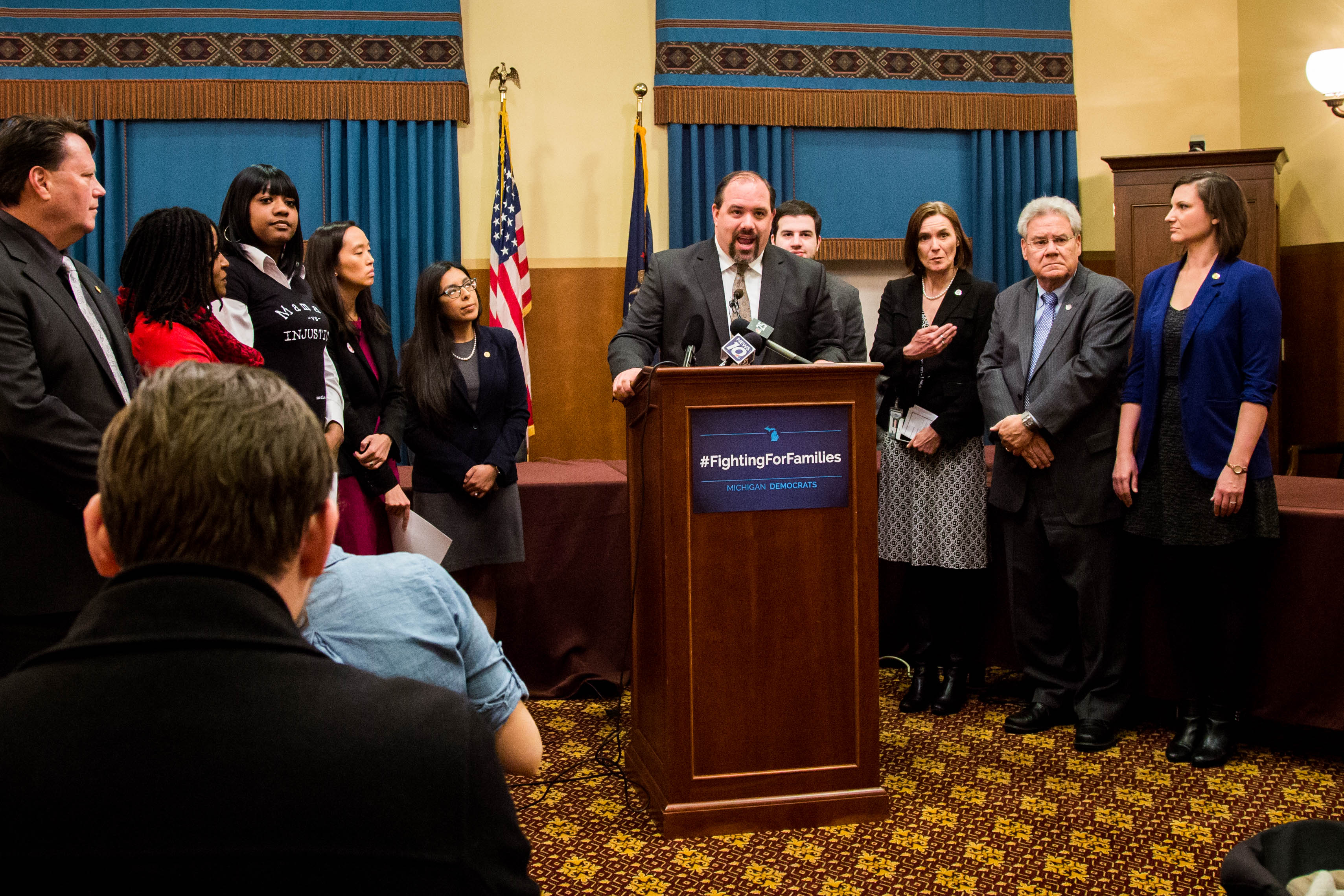 On behalf of the Genesee County Democratic Party:

“The Genesee County Democratic Party would like to convey our support for Senate Bill 98, which was recently passed by the Senate and has been referred to the House Committee on Education Reform.  Senate Bill 98 authorizes the creation of an 11th Promise Zone in the City of Flint.  Promise zones across the State of Michigan have been successful in combining public and private resources and tax increment financing.

The Genesee County Democratic Party believes that the opportunity of higher education should be expanded to all students in the State of Michigan and that students should not have to suffer the crushing burden of rising tuition and student debt in order to improve their lives, provide for their families, and further improve their communities.

Yet, Michigan is now ranked by U.S. News as the 45th “best” state in higher education and 35th “best” state in pre-K-12 education.  This should come as no surprise as Michigan has the 6th highest in-state public university tuition in the nation and is fifth from the bottom in regards to state support for higher education per full-time student. Michigan higher education students receive about 60% less per student in state support than the national average.  The end result: Michigan families are being left behind to pay for rising tuition costs that have increased by 20% from 2011 to 2016.

Not only have students and families in the City of Flint felt the effects of these policy decisions, thousands of Flint children have been lead poisoned.  While we do not believe that we have to educate you about the effects of lead poisoning on our children, we feel that we would be remiss if we did not reiterate those effects and their relationship to the quality of higher education in this State.

There is no such thing as a safe amount of lead for children.  At any level, children are in direct risk of substantial detrimental impact on their IQ, a significant increase in the likelihood of having a learning disability a diminishment in possible educational attainment, and a decline in reading readiness for kindergarten.  Combining the effect of an entire city being poisoned by lead with a decline in higher education funding and ballooning tuition, an entire generation of children in Flint are at risk of being left behind.

Senate Bill 98 is a step forward toward reversing that current trajectory and providing some much needed relief to Flint students and families.  It is for those reasons and many others that the Genesee County Democratic Party is proud to have passed a motion to support Senate Bill 98 in any way we can.  We urge the Committee on Education Reform to recommend this legislation for passage.