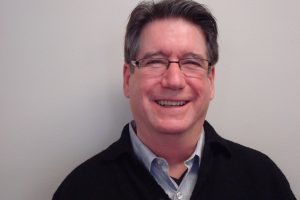 Guest blogger, Rich Fox, is a long time resident of Genesee County and has volunteered for the Democratic Part in several capacities.  Rich is also an alumni of Albion College (undergraduate) and received is MBA from University of Michigan.

The current state of our educational system has left our workforce without the skills that employers are looking for in today’s economy. For example, Little Caesar’s Arena was the largest construction project in the City of Detroit in the past three years.  Under the contracts let to build the Little Caesar’s Arena, contractors were required to hire 51% of their jobsite workforce from residents of the City of Detroit. As of March, 2017, the participating contractors had paid $2.9 million in fines for not achieving this goal (1).  It is not that contractors did not want to hire Detroit residences.  Instead, the number of residents in the City of Detroit that possessed the requisite skilled trades training was insufficient to properly complete the project.

What led to the lack of skilled trades?   While it is true that the Great Recession had a direct effect on many contractors who went through major downsizing or simply closed their doors, it is also true that the workforce is aging  with over 40% of construction labor being 45 years or older (2).  There has been an emphasis on preparing students for a four-year college education.  The  de-emphasis on vocational training has drained the workforce of important skills that are in high demand.

Instead of introducing students to skilled trades in high school and promoting vocational training as an alternative to a college education, we have taken technical training out of our educational curriculum and isolated it to technical centers that may have a stigma connected with them.  Our young people need to be exposed to a variety of educational opportunities without having to leave the rest of their peers to travel to offsite location.  The construction trades are in need of well-rounded individuals that have received a complete education.  We also need to support unions who provide the best education available in the various trades.  In the electrical trade, apprenticeships are four years of paid on the job experience as well as classroom time.  This is a joint effort of the IBEW (International Brotherhood of Electrical Workers), and NECA (National Electrical Contractors Association).  This has resulted in a well-trained and well-paid work force with an emphasis on safety.  Non-union contractors do not have similar training programs in general.

That being said, by far, the largest threat though could be the Republican effort to repeal the state’s prevailing wage law.  Michigan’s Prevailing Wage law covers construction workers employed on state financed or sponsored construction projects.  Under this law, the Michigan Wage and Hour Division establishes wage and fringe benefits to be paid construction workers on state projects (3).  This law keeps the bidding on qualifying projects equal among union and non-union contractors as far as labor costs are concerned.  Republicans want to repeal this law.  They say that the law adds costs to those projects that are funded by our taxes.  So at a time that we are in need of young people to enter into the skilled trades, Republicans are trying to make it less attractive financially to do so.  We need to insure that workers are paid a fair and equal wage for their work.  Taking money from a worker’s wages makes no sense.

If the goal is attract more of our young people to skilled trades, we need to insure that these occupations are attractive financially through protecting the prevailing wage law and supporting our unions.  We need continued support financially for technical training opportunities in secondary schools along with an emphasis on a well-rounded curriculum that exposes our student population to all the possibilities that life offers.