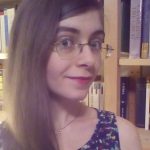 Guest blogger, Sarah Bersonsage, is a native of Flushing, a graduate of the University of Michigan-Flint, and a lifelong progressive.

It’s no wonder that some parents are excited about school choice.  Republican or Democrat, any parent wants the best for her child—and, when the local public school has a less than stellar reputation, no one can blame parents for wanting to send their children elsewhere.  My husband’s high school—a parochial school in Pennsylvania—boasts a 100% college acceptance rate.  Students from the Class of 2017 were admitted to Harvard, Brown, Johns Hopkins, and Princeton, among other top-ranked universities.  Who doesn’t dream of such opportunities for their children?

School choice will not help most American families to achieve those dreams.

Betsy DeVos is excited about school choice, too.  In her list of priorities for the Department of Education’s competitive grant programs, school choice gets top billing, and DeVos has a long history of supporting both voucher programs and charter schools.  These initiatives work differently, but the end result is the same: the siphoning of public funds away from public school systems, in the alleged interest of promoting improved student outcomes.

Researchers studying Indiana’s voucher program found that students who left the public school system for private schools actually experienced no benefit in reading gains and suffered relative losses in math skills.  A review of D.C.’s voucher system also found poor outcomes in math achievement.  On top of this, it revealed that parents were no happier with their children’s schools under the voucher system.

This news should be distressing to parents who might consider using vouchers or sending their children to charter schools—but, for many families, neither would be an option even if school choice became a nationwide reality.  Neither traditional private schools nor charter schools are required to accept students with disabilities.  Religious schools can turn away students if they (or their parents) are gay.  Furthermore, many schools have such stringent academic requirements for admission that no student who is already struggling can hope to gain entrance.

Oh, and my husband’s alma mater?  Tuition has been rising steadily since he graduated, and is now $32,500 per year for grades 10-12.  Even the most generous voucher wouldn’t cover more than a fraction of that.

Make no mistake—  School choice is not a way to expand educational opportunities for the pupils who need them most.  It’s a cynical ploy to defund public education, reduce accountability, and make a quick buck.  In Ohio, two companies collected 38% of the state’s 2013 increase in charter school funding—and then gave generously to Republican candidates.  In Michigan, for-profit companies operate the majority of charter schools.

These schools are not the cutting-edge, student-centered institutions that they were once (perhaps) intended to be.  They are businesses—and their students are not customers, but commodities.  Charter schools divert per capita funds from public schools, but that money doesn’t necessarily go to student instruction.  In recent years, Michigan charter schools actually spent $1,140 less on instruction than public schools.

Michigan Democrats want to see things change.  We want to hold charter schools accountable, and we want to limit large corporations’ involvement in our children’s education.  Although many of us are people of faith, we oppose public subsidies for religious schools.  We believe that private schools should be funded privately.  As Democrats, we support strong public schools—because we understand that a choice between an underfunded public school, an unaccountable charter school, and an exclusionary private school is no choice at all.

-“Betsy DeVos releases her priorities for U.S. Education Department grants. Guess what’s No. 1.”  https://www.washingtonpost.com/news/answer-sheet/wp/2017/10/12/betsy-devos-releases-her-priorities-for-u-s-education-department-grants-guess-whats-no-1/?utm_term=.1748acc62308
-“Charter school practices in Michigan similar to public schools.”  (This is a summary of a recent study by the University of Michigan’s Education Policy Initiative.)  http://ns.umich.edu/new/releases/24382-charter-school-practices-in-michigan-similar-to-public-schools
-“The Promise and Peril of School Vouchers.”  https://www.npr.org/sections/ed/2017/05/12/520111511/the-promise-and-peril-of-school-vouchers
And here’s a really great Washington Post primer on school choice–  I didn’t cite it in my post, but I think that it could be helpful to link to it: https://www.washingtonpost.com/news/answer-sheet/wp/2017/05/22/what-school-choice-means-in-the-era-of-trump-and-devos/